Numerous national and international networks are working for greater sustainability in higher education – an overview. 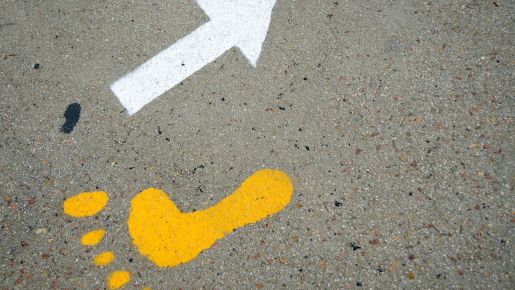 Regional cuisine in the university refectory, a deposit system for coffee mugs and photovoltaic modules on the roof of the main auditorium – many universities in Germany have set off on the path towards greater sustainability. Some are moving forward gradually in small steps, while sustainability already defines the profile of others. As a strategic issue it has clearly gained in importance. However, this is not only about ideas for a “green campus”, but about the entire institution: about the development of sustainability offices, about research on sustainability topics and, of course, about education for sustainable development (ESD) – from lecture series and training courses to specialised degree programmes.

While it is comparatively easy to plan running a university in a more climate- and environment-friendly way, integrating the concept of sustainability into research, teaching and administration is more complicated. However, this kind of deep integration is the prerequisite for enabling universities to effectively take this issue into society. Various national and international networks have therefore set themselves the goal of promoting the sustainable development of universities – in the ecological, social and economic sense. We present four networks here as examples.

From small to large: HOCHN

The project N) was set up in 2016 and is funded by the Federal Ministry of Education and Research (BMBF). The open network for exchanging ideas and experience now has over 140 members. Individuals with ties to a higher education institution can participate as well as the institution as a whole. “That means you can start small and then later, ideally, the entire university becomes involved,” explains Dr. Claudia Schmitt, Project Leader & Coordinator of HOCHN. The eleven institutions of higher education in the network have developed a sustainability code – a standard that higher education institutions can use to measure and communicate their achievements. Guidelines have been devised for this purpose covering the six areas of research, teaching & education, operations, transfer, governance and sustainability reporting. They each also contain a series of practical examples ranging from an urban gardening programme to an interdisciplinary project on consumption research. 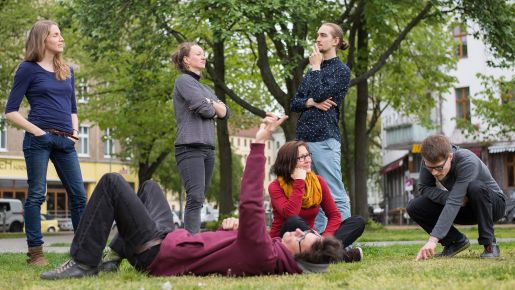 Sustainability projects at universities often emerge from student activity. That was also the case with , which was founded in 2010 and now has over 90 members, consisting largely of local student sustainability initiatives, but also including nationally active and international associations. Among other things, the network offers so-called travelling coaching sessions that involve experienced student coaches visiting local initiatives or university groups to provide thematic, methodological and strategic training. Peer-to-peer training of this kind has already taken place at over 60 higher education institutions in Germany. The reach of Plattform N is even wider: over 5,000 people in just under 100 groups are working on this digital platform to promote greater sustainability in higher education. In addition, the network is working with local groups to organise a series of debates called perspektive n. “A change of direction towards sustainable development often already emerges when administrators and activists start talking to one another,” says Dr. Michael Flohr, Project Coordinator for netzwerk n.

Most of the international university networks for sustainable development are aimed at specific regions of the world. In contrast, the links universities on all five continents. Since 2007, ideas and information have been exchanged within the ISCN on how greater sustainability can be achieved in teaching, research and university organisation. The ISCN has also developed a standard for sustainability reports, the ISCN-GULF Sustainable Campus Charter. Its 86 members include prestigious higher education institutions, such as a number of Ivy League universities in the United States. Four universities and one university of applied sciences from Germany are members of the network, which organises an international conference every year and participates in the World Economic Forum in Davos. In addition, the network awards grants for projects that intensify contacts between member universities or promote cooperation between universities and cities.

Five German universities belong to another global network, the of the United Nations. It was founded in 2012 in the run-up to the UN Conference on Sustainable Development in Rio de Janeiro. More than 300 higher education institutions all over the world have pledged to integrate sustainability ideas into teaching and research in all disciplines and to develop sustainable campus strategies. Every year the network organises an international meeting and publishes a report on the advances that have been made.