Seven universities from six European countries are jointly developing innovative solutions to monitor the development of the oceans. 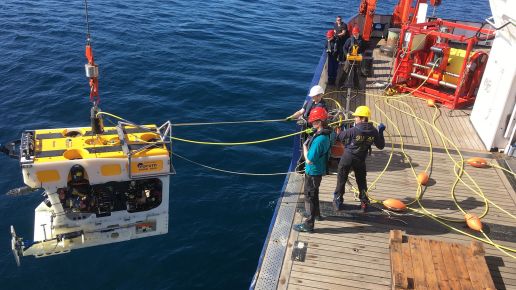 The oceans are an important stabilizing force in the earth’s climate system: they absorb a large part of the excess heat and are gigantic CO2 reservoirs. Yet ongoing global warming has not only led to rising sea levels but also damages underwater ecosystems. In 2019 the Intergovernmental Panel on Climate Change (IPCC) presented a special report on the state of the oceans and warned of the dramatic consequences for human beings and nature. In addition to the stress caused by climate change, plastic waste, oil and gas drilling, wind and wave power plants, fishing and aquaculture also give rise to environmental damage. And soon the first deep-sea mining projects in the Pacific to extract cobalt, manganese and other metals that pose new environmental risks could get the go-ahead.

“Against this background, technologies for observing environmental changes in the oceans are becoming increasingly important”, says Prof. Dr. Ralf Bachmayer, holder of the Chair for Marine Environmental Technology / Deep Sea Engineering at the MARUM Research Institute at the University of Bremen. Bachmayer coordinates the project , funded by Erasmus +. Participating in the project are seven universities from Germany, Croatia, Portugal, Spain, Greece and Estonia. Each specializes in a different sub-area of marine robotics. Together they train scientists and develop new tools to observe the environment and carry out measurements. The results help marine researchers provide more precise data about changes in the seas and oceans caused by climate change.

The term “intelligent marine systems”, which is synonymous with “unmanned underwater systems”, comprises both what are called “remotely operated vehicles”, which are attached to ships and can be used at depths of up to 6,000 meters, and autonomous underwater vehicles. The latter include underwater gliders that move freely up and down like gliders by changing their weight in the water. “In underwater systems, the software and hardware requirements are very diverse”, explains Bachmayer. “Everything has to work self-sufficiently.” 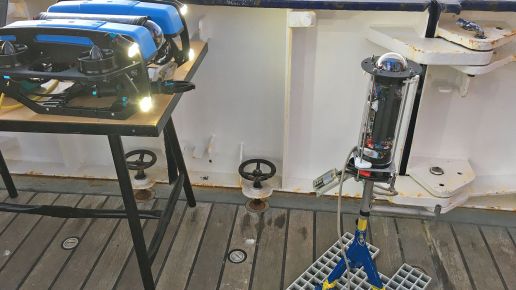 IMPACT has created an international, interdisciplinary network of experts in this field. “Through exchange, we can achieve better results and develop innovative solutions”, says Bachmayer. And: “We want to arouse enthusiasm for marine environmental research among students as early as possible”. Because specialists in robotics are so much in demand in industrial companies that only a few graduates decide on a career in science.

With IMPACT, a strong European network in the fields of marine research, environmental technology and robotics has emerged. It has strengthened cooperation in research and teaching on these topics. By exchanging best practice models and innovative solutions, the partners have enabled each other to make a contribution to monitoring the consequences of climate change for the oceans. The project has also contributed significantly to the internationalization of the participating universities.

The project participants have jointly developed the interdisciplinary online study module “Intelligent Marine Systems”, which universities all over the world can use. It was successfully tested and documented in 2019 at a summer school for students in Croatia. Some participants have already used the newly acquired knowledge for problem-related project work. Together with other students, they collected test data in laboratory experiments and simulations and, on this basis, developed software that recognizes hydrothermal sources in the deep sea. These naturally-formed underwater geysers may contribute more to the heat balance of the oceans than previously thought. To quantify their share in the warming would be helpful in order to be able to quantify the influence of other factors more precisely. 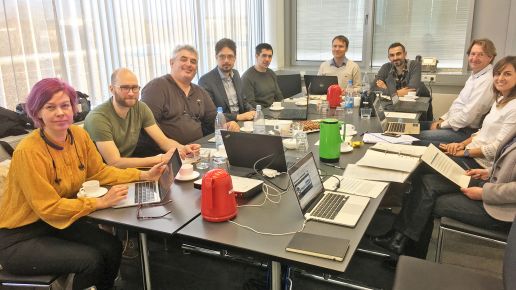 A second online study module on the subject of entrepreneurship will start in the winter semester 2020. It will broach innovative ideas and encourage students to realize them by starting their own company.

The IMPACT partners have met three times since 2018 – in Bremen, Tallinn and Zagreb. The focus of the most recent meeting was the question of how women can be better supported in the male-dominated field of robotics. “Our project is thematically at the interface between education, environmental protection and innovation”, says Bachmayer. It thus contributes to several sustainability goals: protecting the climate and oceans, better education, gender equality, innovation and economic growth.